Eric Massholder was born on December 12, 1960 in Heildelberg, southwest Germany. He comes into contact with the so-called “atelier” painting, very young, somehow by chance, while his girlfriend at the time was doing an internship in a gallery. As he states, this is where he learnt “the alchemy of painting”. As an autodidact, his work has been greatly influenced by his travels in his youth through Morocco, Sicily, Greece, Turkey and the three months spent in India. He first arrived in France for a sojourn at his maternal grandmother who owned a house on the Côte d’Azur. Massholder permanently moved to France in 1981. He studied at the prestigious Villa Arson in Nice between 1981 and 1982. Later, he spent two years between 1987 and 1989 working in Paris for the art dealer Frédéric Nocera, who commissioned him works and provided him with a studio and a home in Vaugirard. He also worked afterwards for Anne Lettrée in Paris only to return in the end again to the South of France. Massholder was born into an artistic family. His brother, Frank Massholder works in the cinema and has a gallery in Berlin. Eric Massholder’s uncle is the late renowned film director and screenwriter Jean-Louis Bertucelli who shot films with Jean-Louis Trintignant, Michel Piccoli, Annie Girardot, Jean-Pierre Cassel or Isabelle Huppert. His film “Ramparts of Clay” was selected as the French entry for Best Foreign Language Film at the 44th Academy Awards. Massholder’s cousin is the film director Julie Bertucelli, that has shot with Charlotte Gainsbourg, Chiara Mastroianni and Catherine Deneuve.

Massholder is deeply inspired by the artists of the turn of the last century and the great painters like van Gogh, Picasso or Dalí and his artworks aim to establish a link between these artists. As he says in his own words: “I kindly wanted to give Dali’s hand to Picasso. This wish is the strength of my work.” Being of a Franco-German and Italian descent, he believs that he had taken his expressionist side from his German father, his impressionist side of his French mother, and his love for the Renaissance from his Florentine grand-father. Massholder excels in painting, sculpture, drawing and printing techniques. In his work he mixes painting styles, from primitivism to surrealism. He creates an unknown, strange and fascinating universe that he constantly reinvents with the use of multiple colors and techniques such as oil, pastel and ink. There are recurring themes and patterns and he adds symbolic and allegorical signs that include the triangle, the sun, the moon, the fish, the peacock, the pyramid or the sphinx. In his works, Eric Massholder condenses his desires, his fears and his dreams in collections of very intense motifs. For this, he repeatedly uses the same language and expression – for example, life and death can be found in the form of eggs or skulls in his paintings. He builds an iconographic vocabulary on the whereabouts of society; his images are almost like proverbs – his shark, assimilates the voracity of the business world to the sexual power. His dollar-monster denounces the world of the international finance carrying death.

Massholder worked during his life on several series, which make reference to historical personalities, places of worship or major literary texts. These series include the series of illustrations on the letters addressed by Vincent van Gogh to his brother Théo, the one on Garibaldi but also the one on Monte Verità or on the Divine Comedy of Dante, the Iliad and the Odyssey of Homer, as well as the tale of The Green Snake and the Beautiful Lily by Goethe.

Today his work has been the object of exhibitions in a number of galleries all around Europe including Heidelberg, Berlin, Frankfurt, Munich, Nuremberg, Brussels, Gent, Lausanne, Venice, Paris, Strasbourg, Nice and Monaco. In 1997, he won the Special Prize of the Jury from the Arts Festival in Montreux. The luxurious limited edition of the illustrations of the letters of van Gogh is part of the archives of museums such as the MAMAC in Nice or the Georges Pompidou Center in Paris. 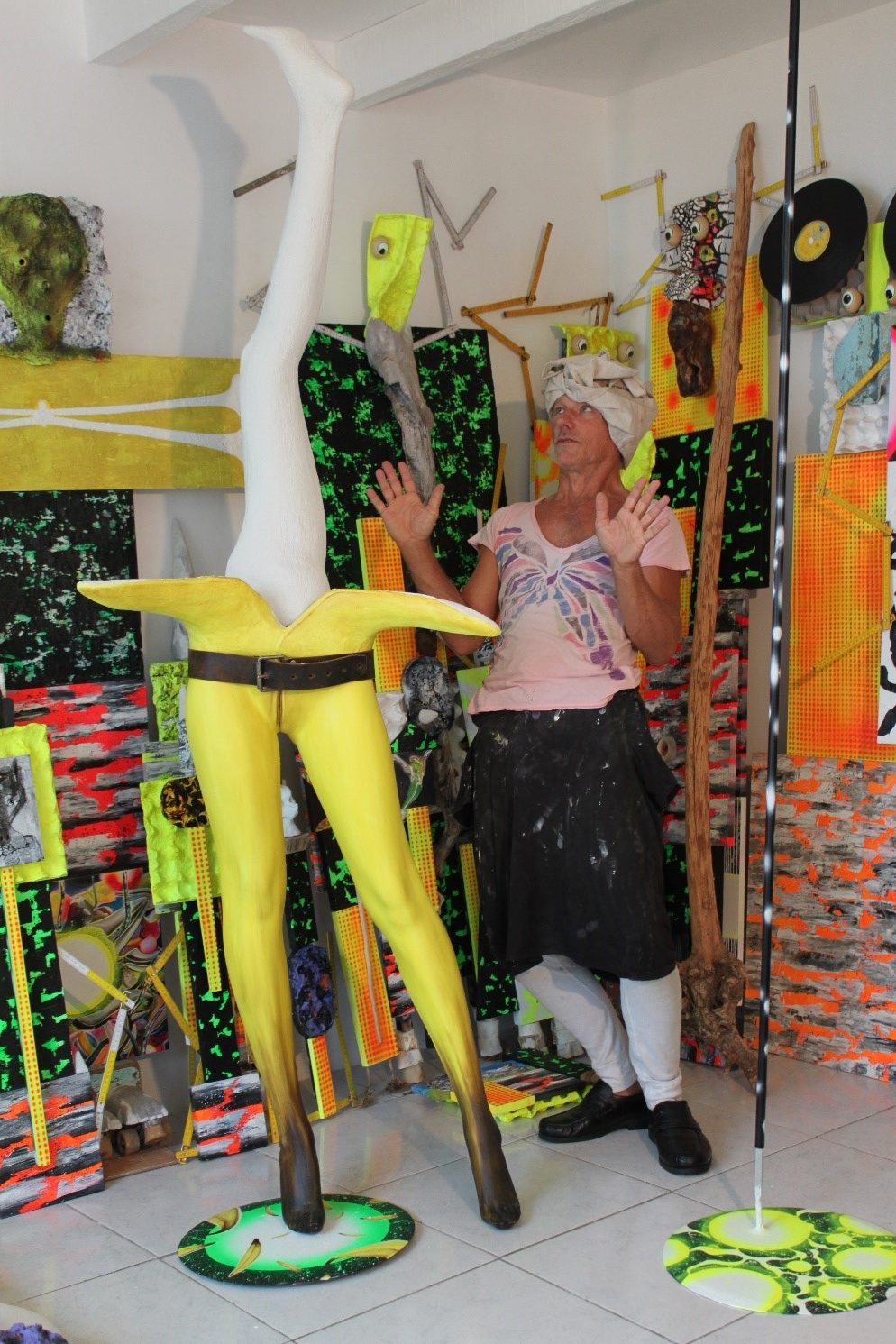 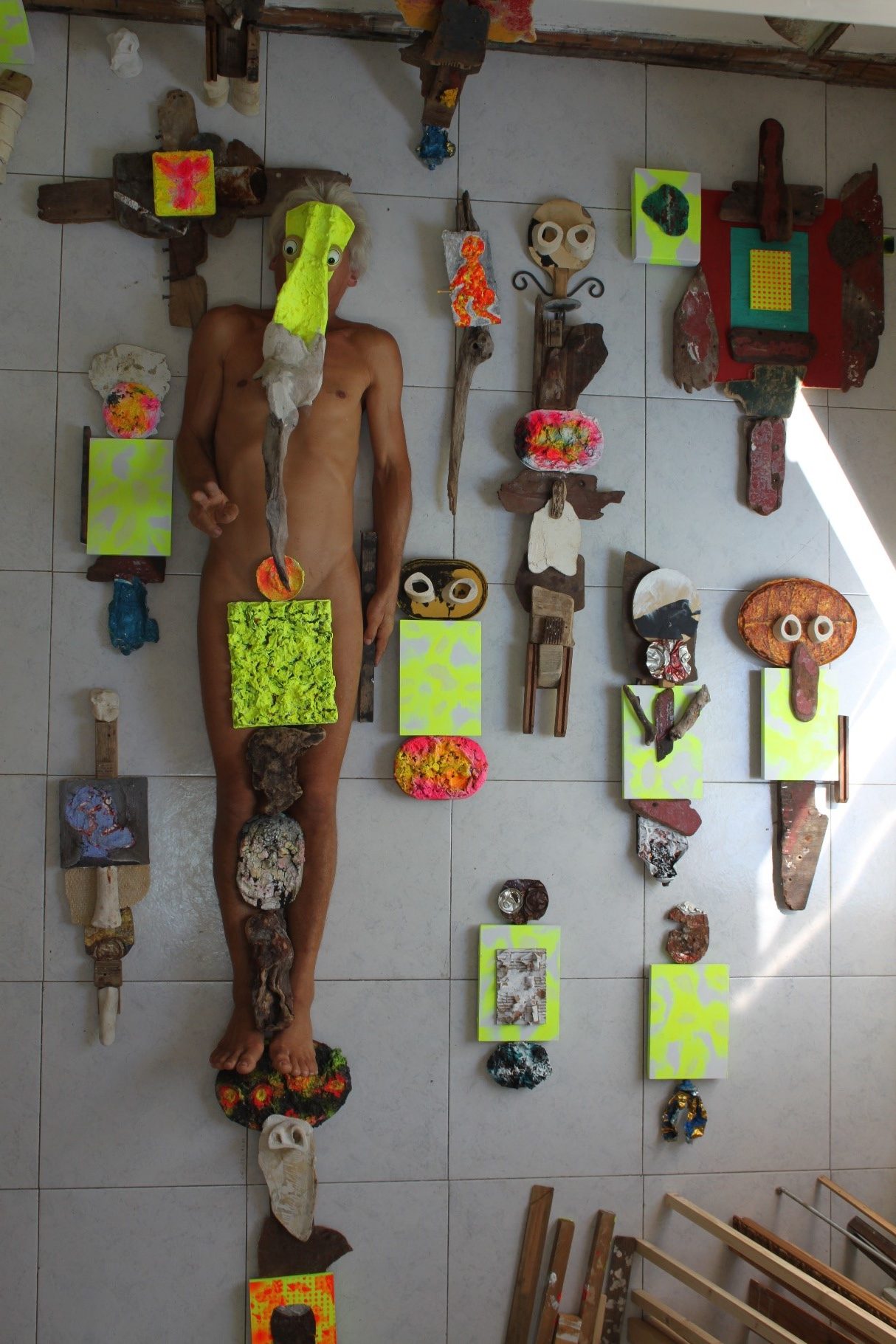 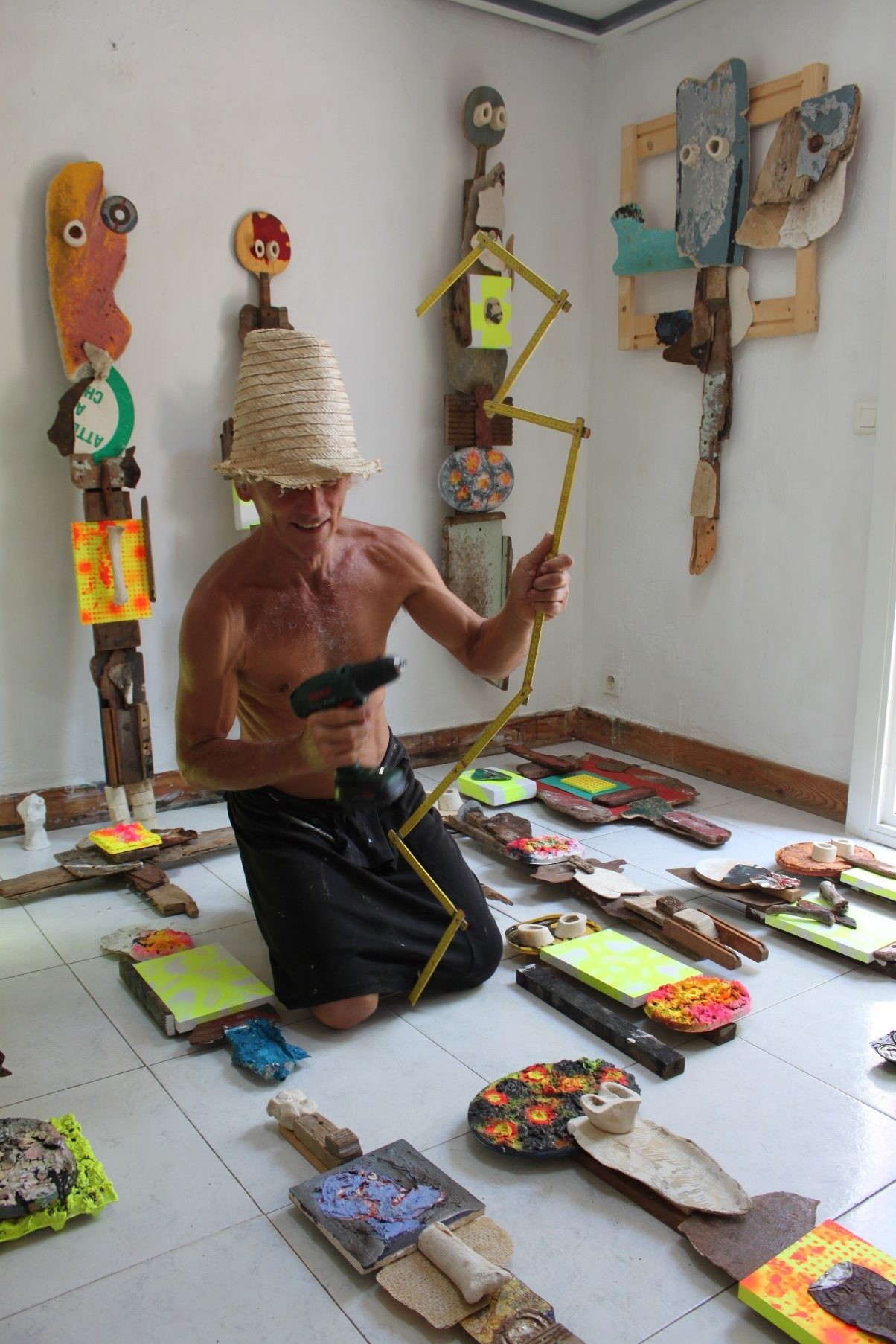 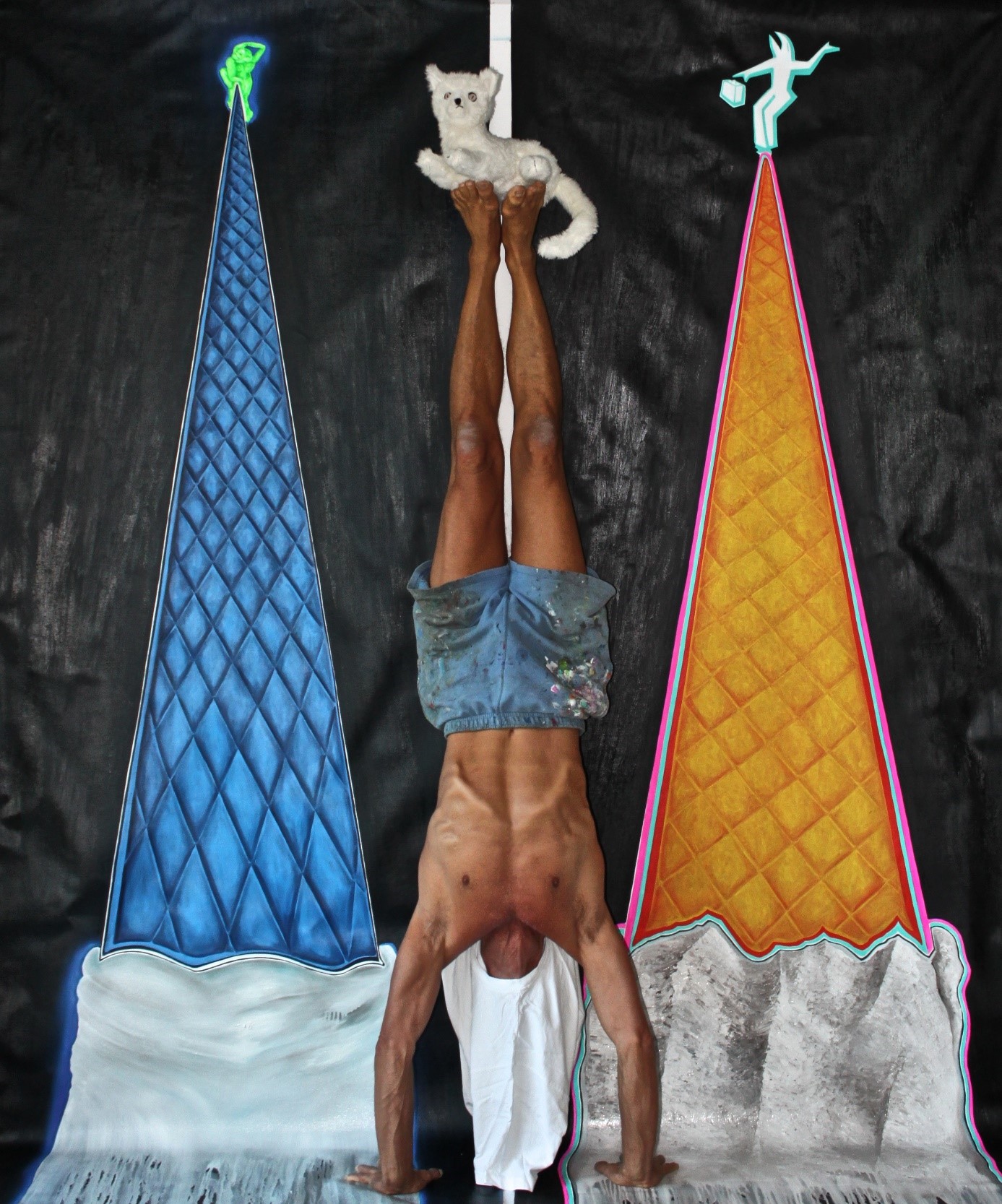 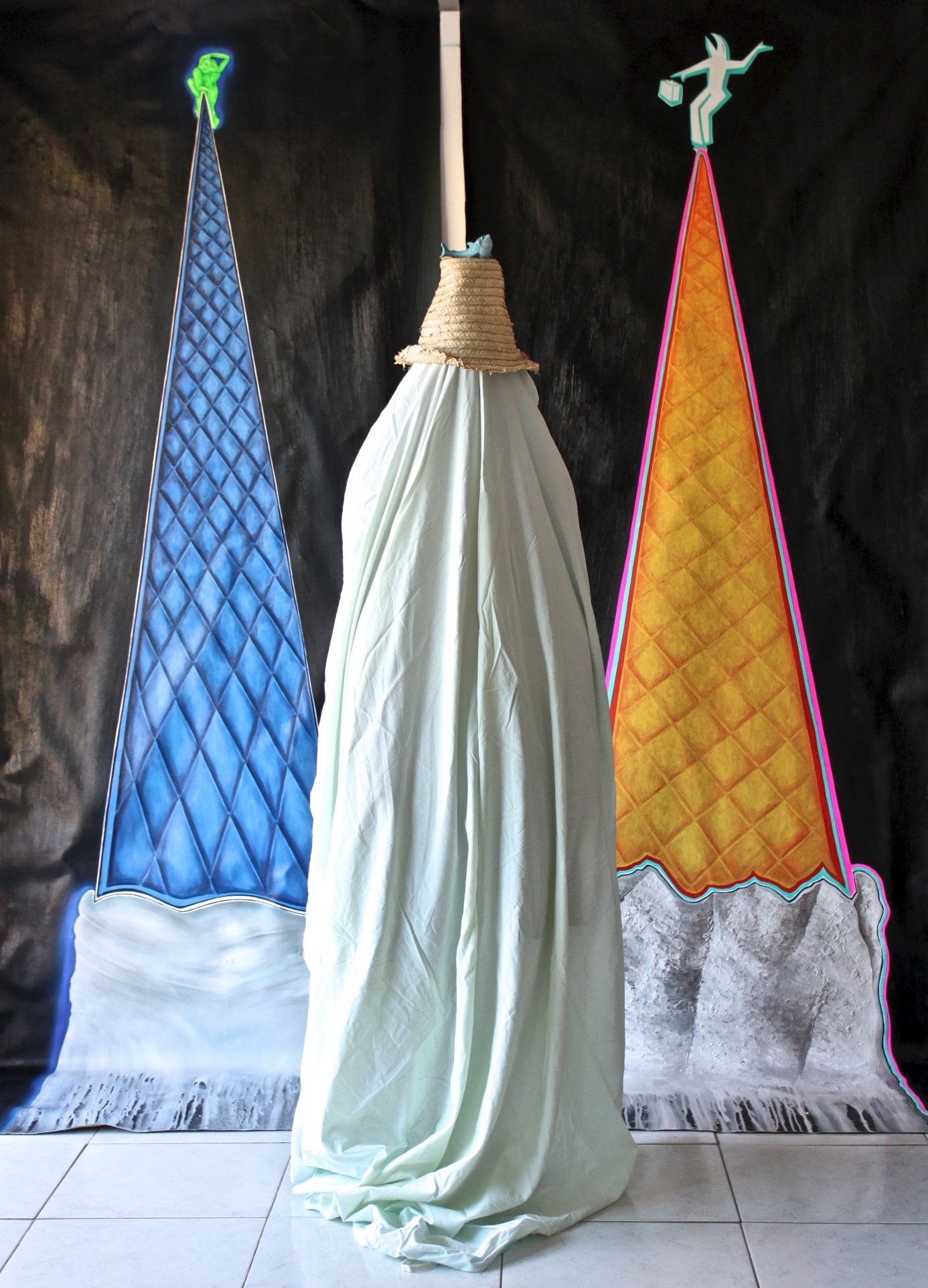 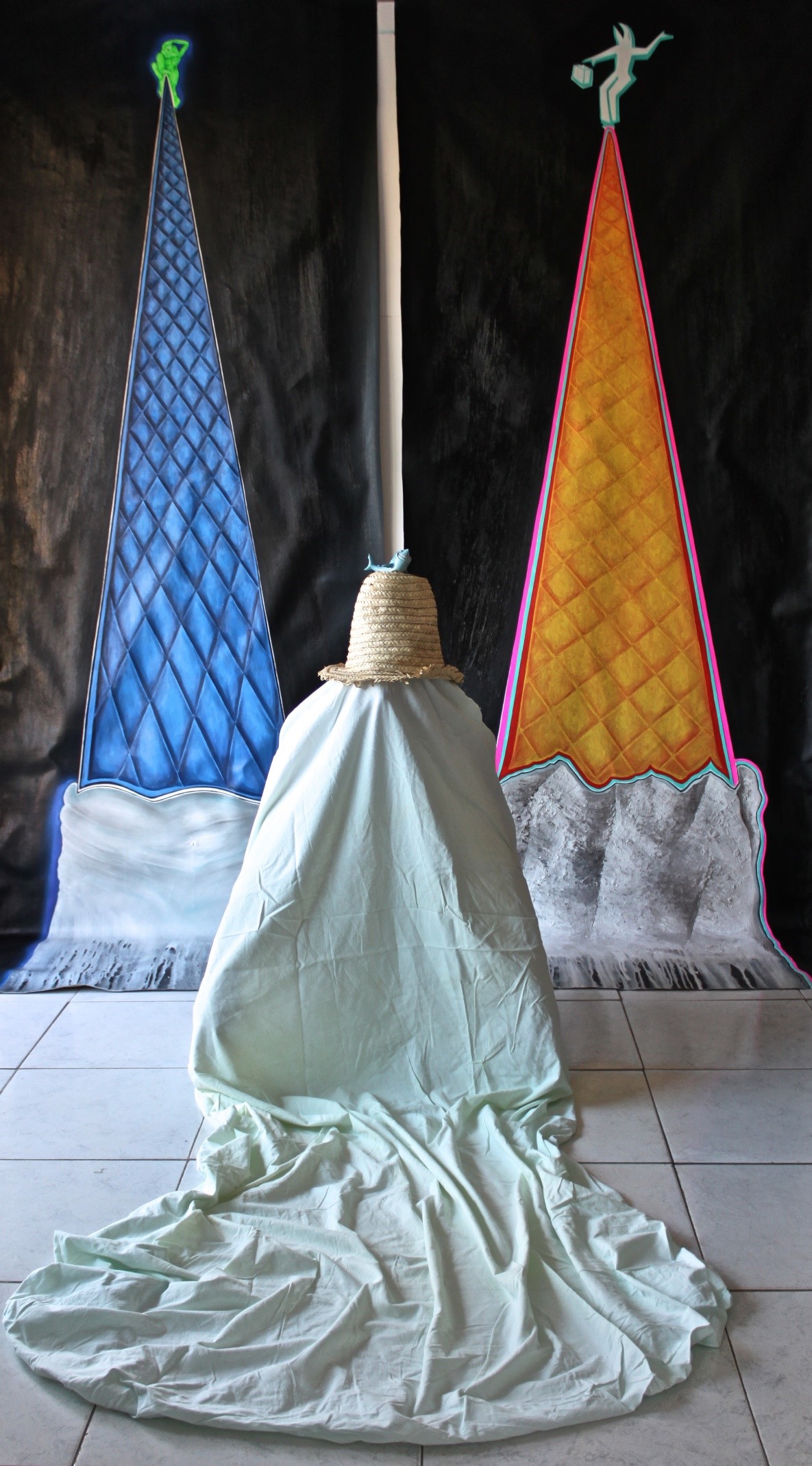 "For him, art is the process of life that alone can help open the eyes for better fulfillment. He is not a calm artist. Perpetually under pressure, he thinks that he will never have enough time to express everything he wants to say, but he is probably wrong because his power and ease of work help him make his way. "